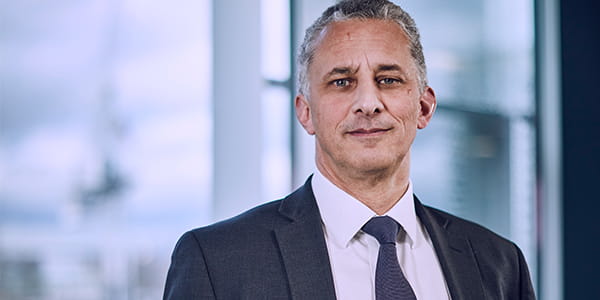 The CIOB’s CMYA awards celebrate those who go above and beyond to deliver buildings that make a positive impact on the lives of the people who use them.

Richard has been an integral part of ISG’s work to deliver Richmond upon Thames College’s (RuTC) new £35m state-of-the-art facility in London, UK. The building, part of a wider £80m redevelopment of the campus, provides an exciting and innovative learning environment, created for students and the local community to be able to take advantage of the top of the range facilities.

Procured via the Pagabo framework, the project was successfully delivered to include dance and drama studios, theatre, art gallery, silver service chef’s academy complete with sprawling views of the local area and multiple teaching spaces arranged around social spaces within the inspiring central atrium. Preparations are now underway to open the new facility to the local community.

Nolan Smith, director at Fusion, the client’s project manager, commented: “I have operated in construction for over 20 years and completed large-scale projects, but I have to say that Richard has been the best project manager that I have worked with.”

Construction Manager of the Year Awards wrote: “Keeping calm and working through the problems logically, Richard refused to be overwhelmed by the Herculean challenge of this five-storey campus block. He successfully built a reinforced concrete frame around a cavernous atrium, hanging from its roof a giant pod filled with studios. His on-time delivery to an impressive standard of quality while also driving over £4m out of the building costs gave the client everything it wanted.”

Steven McGee, managing director of ISG's London construction business, said: "I have had the pleasure of working with Richard for over three years and it comes as no surprise that the judges of CMYA rank him as highly as we do. The client, consultants and his team have the greatest amount of respect for him and everything he does. Well done Richard. You are a credit to ISG. We are lucky to have you on our team."